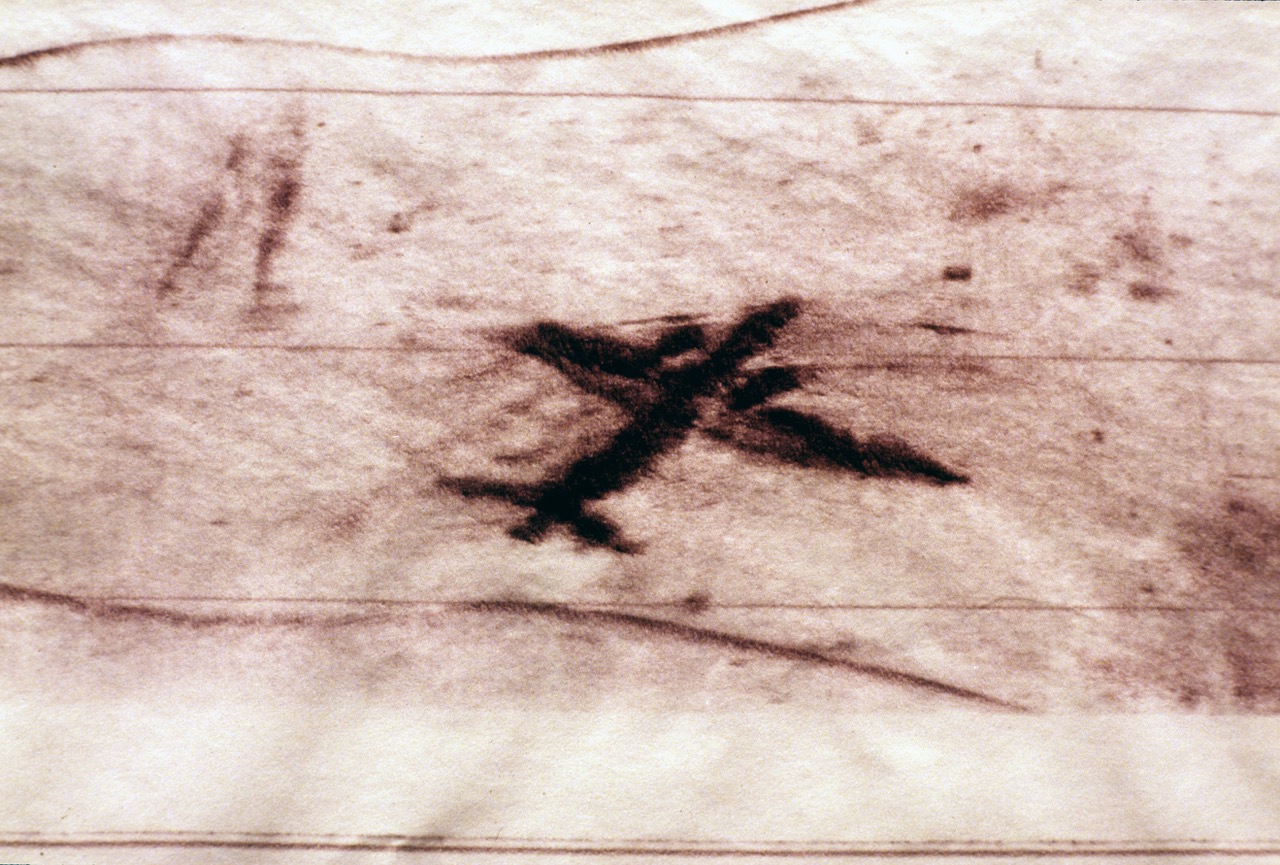 In the 1970’s the Academy of Applied Science led by Robert Rines began investigating the Loch with new technology scanners. In 1976 Martin Klein using a Klein Side Scan Sonar noticed what looked like a twin-engine aircraft on the sonar traces, and  speculated it was possibly a PBY-Catalina. To publicise these findings there was a public lecture ‘In search of Nessie’, at which Robin Holmes and Robin Dunbar from Herriot Watt university took up the batton inspired by a paper describing a possible sitting of Catalina Aircraft. In 1978 from the research vessel, Seol Mara, using an underwater camera, Holmes and his team found what they could see was clearly the geodesic structure of a Wellington Bomber. The wreck had lain hidden and forgotten for nearly 45 years. 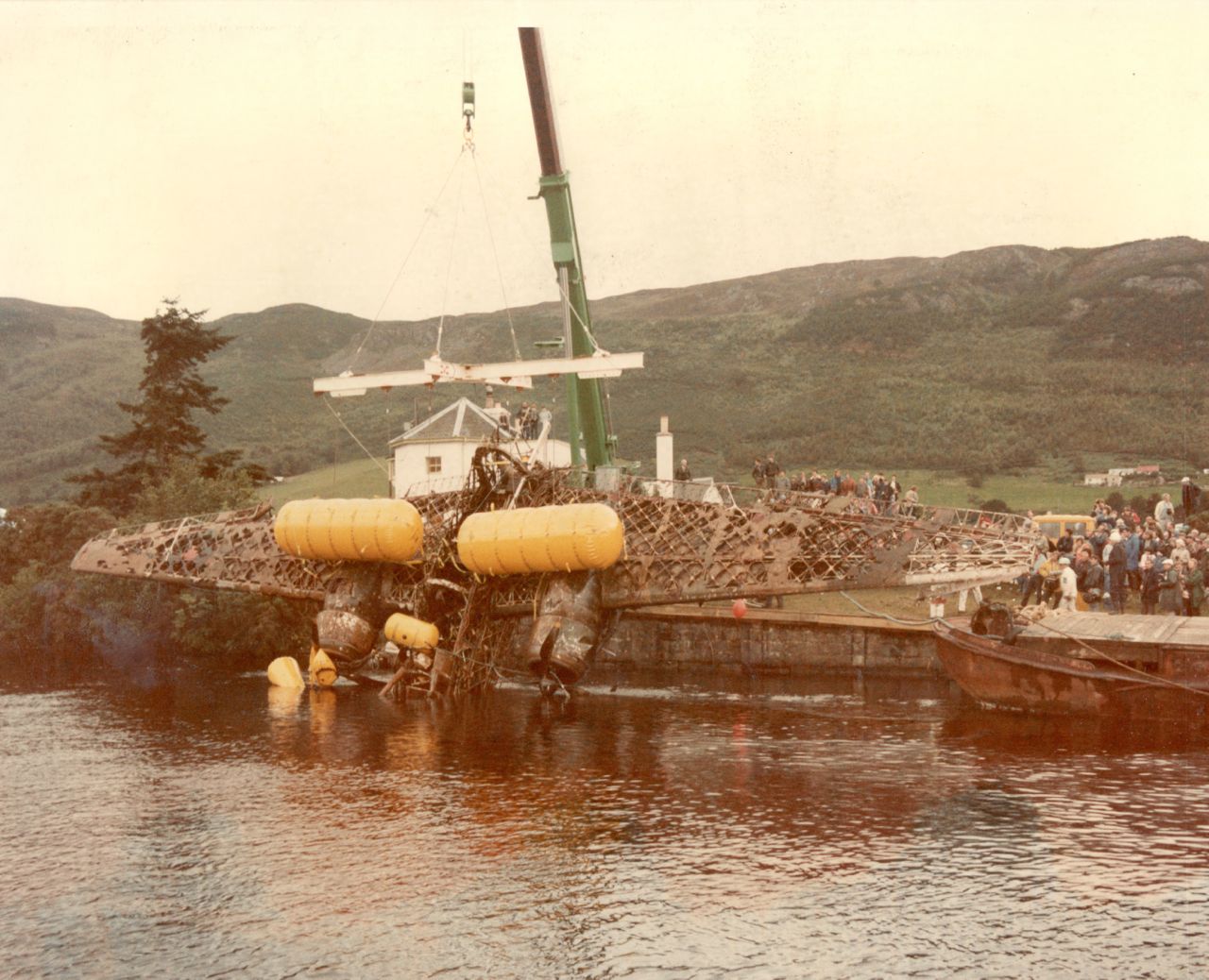 From the time Wellington N2980 was first discovered in Loch to the day when she was lifted on to dry land, the whole discovery, verification and salvage operation took over 9 years.

The Loch Ness Wellington Association,  formed by Robin Holmes,  masterminded the fundraising and organised for the Wellingtons eventual successful raise, spearheaded by Oceaneering International, in 1985. The story of it’s lifting is well described in Robin Holmes book One of our Aircraft and is just summarised here.  Despite nearly forty-five years underwater, the aeroplane was remarkably well preserved. The tail light still worked when connected to a modern battery and many of the crew’s personal effects remained in the fuselage.

One of our Bombers is no longer missing is an excellent recount of story of the recovery.

The Wellington was delivered to Brooklands Museum by British Aerospace on 27/9/85, and restored at Weybridge where she had been built. DN2980 is now one of only two surviving Wellingtons but is the only one which saw action as a bomber in operational service. Andrew Lambert who worked at Brooklands made various films of it’s restoration:
Wellington Bomber being lifted with air cushions at Brooklands 1992
Brooklands Wellington moved back to the Bellman Hangar 2017
Moving the Brooklands Vickers Wellington and Vimy to their new locations 2016